Home
Products
About Us
Factory Tour
Quality Control
Contact Us

A smart testing machine, easy for our funiture quality testing.

We are well satisfied for these Climatic chambers, a nice testing solution for our lab.

Power battery crush and puncture test machine have up to 50KN-5000KN pressure, Driving a large stroke cylinder by an independent hydraulic system, oil cylinder drives the extruding plate to do the test of the extruding and deformation of the battery. The test panel can be adjusted up and down slightly to obtain the best test position.
It could do both piercing and extrusion and can provide different extrusion deformation and duration according to the set program.
In the work, the corresponding program can be selected according to the purpose of the test, and get the test date you need.

1. The wire coat is covered with metal fire tube which can effectively prevent the wire from burning caused by the ignition during the battery test;

2. It is equipped with a lighting lamp so that you can clearly see the status inside the test chamber

4. The acupuncture/squeeze force value (1KN~15KN) can be set at will, meeting different standard requirements;

6. The controller, isolated from the test chamber, can be operated 1~2 meters away, which can provide a certain safety measure. 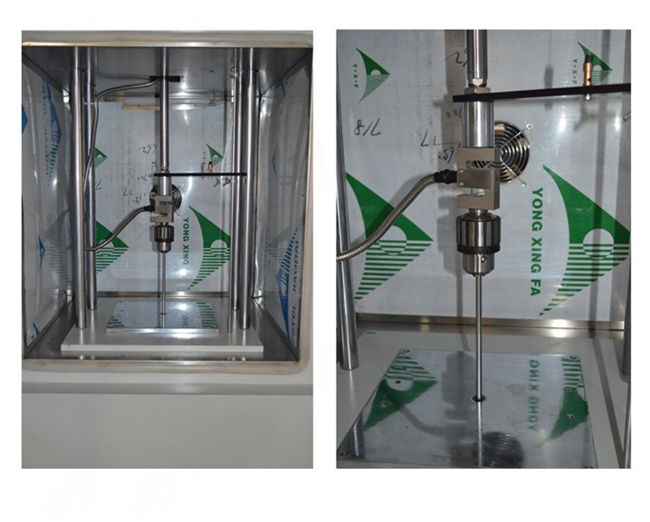 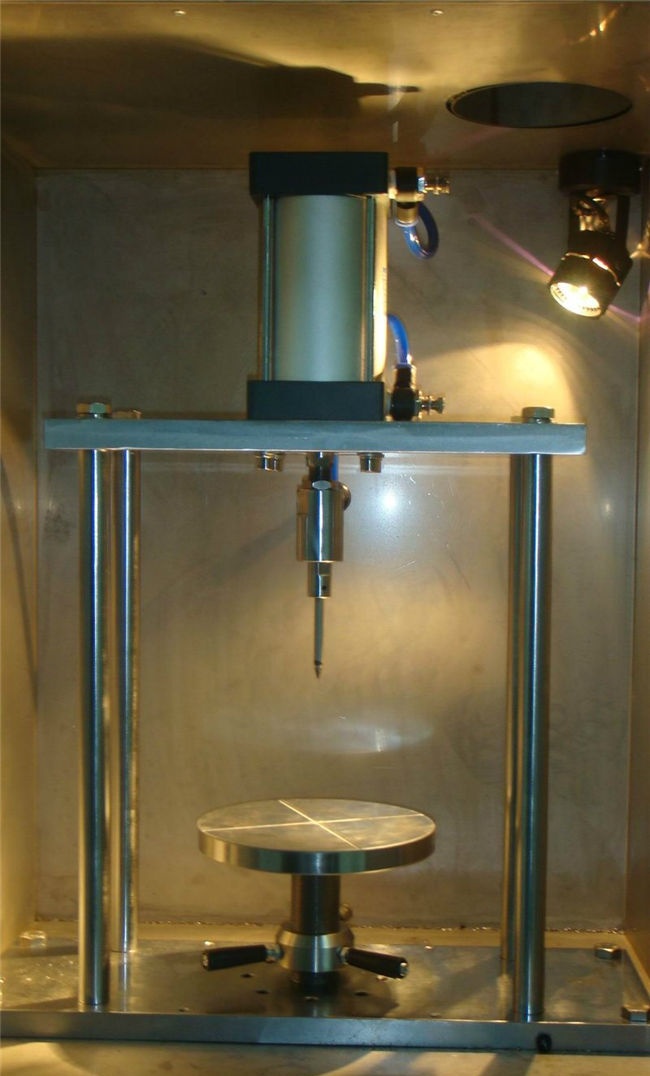